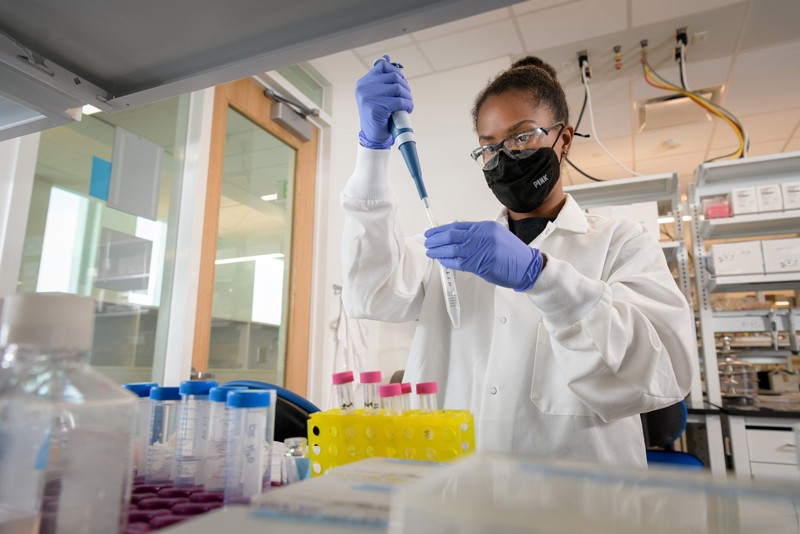 On N’Dea Irvin-Choy’s first day doing research on her own as a graduate student, she set the laboratory on fire. She had intended to heat samples overnight in a water bath but, after she left for the evening, the water evaporated. Her test tubes melted and their contents sparked. Another student, working late, discovered the blaze and called the fire department. Local news outlets picked up the story.

“It was awful,” said Ivin-Choy, a doctoral student in biomedical engineering at the University of Delaware. “My adviser was completely upset, the fume hood was out of commission for weeks, and it was a huge ordeal. I was so embarrassed that I banned myself from the lab for a couple of weeks. I didn’t want to touch anything or blow anything else up.”

Somehow, Irvin-Choy lived through her humiliation and, three years later, the incident was all but forgotten on campus — less cautionary tale, more urban legend. You might think the scientist-in-training would be grateful for such a spotlight reprieve. Instead, last July, Irvin-Choy dredged up her own mortification by writing about this and subsequent lab faux pas on her blog, BME Kween. (The first part of that title stands for biomedical engineering. The second part is an homage to R&B sensation Beyonce, affectionately known by fans as Queen Bey.) On this forum, Irvin-Choy seeks to take the guesswork out of the graduate school journey for aspiring scientists, particularly those within communities that lack resources and representation.

“I started this to help people like me,” she said. “I’m a first-generation college student and grad student, and I’m a Black woman as well. I really didn’t have any guidance with getting into or through grad school, so I wanted to reach out to those in similar situations. I don’t want people interested in STEM fields to shy away because they don’t see role models who look like them.” 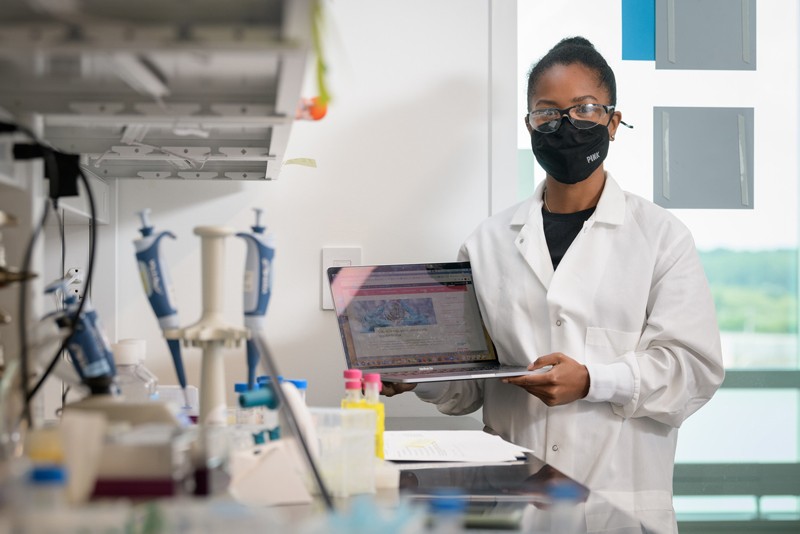 When she’s not advancing maternal-fetal health research in the lab, N’Dea Irvin-Choy is blogging about the graduate school experience, offering guidance to other first-generation and underrepresented minority students like herself.

In addition to normalizing mistakes in the laboratory (and the lessons learned from them), Irvin-Choy’s blog offers advice on networking, maintaining work-life balance, developing research questions, even managing money — all the things she discovered with the help of mentors at UD as well as her own process of, as she called it, “stumbling around.” While the response has been overwhelming — she was asked to do Instagram takeovers for Generation Science and other organizations that seek to increase diversity in the field — Irvin-Choy said she got just as much out of the platform as her readers. For one thing, BME Kween allows her to share her research with the wider community.

“You go into the lab everyday hoping to make a difference, but the potential impact doesn’t settle in until you tell someone outside of STEM what you’re working on,” she said. “They are like ‘Oh my God,’ and you get excited all over again.”

For the last three years, Irvin-Choy’s focus has been maternal-fetal health. In collaboration with her advisers, biomedical engineering associate professors Emily Day and Jason Gleghorn, she conceived of her doctoral research project: Figuring out how to deliver medicine vaginally to expectant mothers and their babies in utero.

Such a breakthrough would solve a longstanding problem in the field — traditional delivery options present obstacles. Many medicines meant to help an expectant mother can’t be taken orally without harming the baby. And many treatments meant for a baby can’t be taken via an IV because the mother’s liver filters out the medicine too soon.

Nanoparticles, however, are very tiny (read: microscopic) spheres that can be designed to carry medicine or gene therapies directly to a targeted destination via the vagina. Irvin-Choy is working on engineering these nanoparticles in petri dishes so they can escape the cervical mucus. Think of this substance as the goalie in a pregnant woman’s body — made of fluid, it’s meant to protect the womb from foreign invaders, like potentially harmful bacteria. 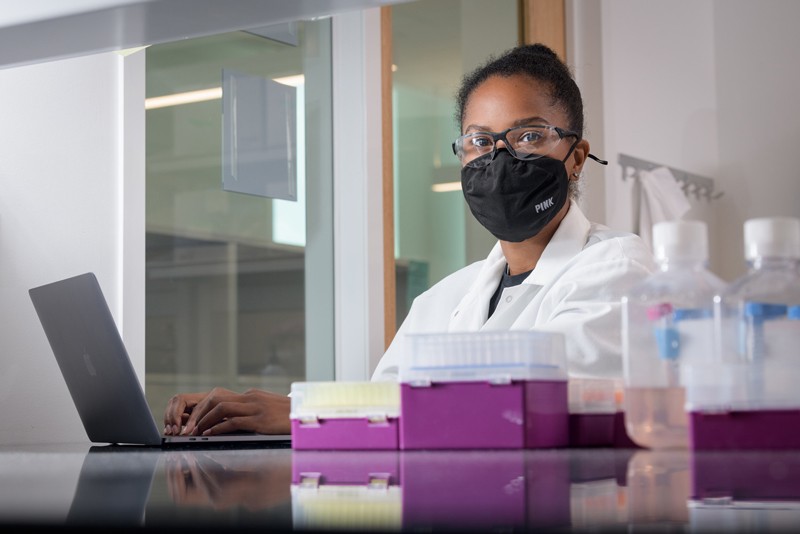 N’Dea Irvin Choy said her blog, BME Kween, has been a great way to network with scientists and scientists-in-training from a wide variety of fields.

If she is successful in her work, Irvin-Choy’s nanoparticles might one day be used to treat several dangerous conditions experienced by pregnant women, like preeclampsia, a hypertensive state that can be fatal for mom and baby, and various bacterial imbalances that commonly lead to miscarriage. These nanoparticles may also be used to treat genetic conditions in utero, such as Fragile X Syndrome, marked by cognitive and developmental impairments.

It’s especially important work, given that the United States has the worst maternal death rate in the developed world, thanks largely to a “hodgepodge of hospital protocols for dealing with potentially fatal complications,” according to a report on National Public Radio. Due to issues of systemic racism, the data is especially dire for pregnant women of color, who experience significantly higher mortality rates, according to the CDC.

“In the U.S., it’s no surprise you can get sued for pretty much anything,” Irvin-Choy said. “So a lot of doctors will halt an entire situation by doing a C-section. This is a very fast procedure, and we do it very well, but it means we don’t know how to actually treat anything, because no one wants to go that far with legal concerns. So there just isn’t a lot of maternal-fetal health research in general and, because of that, the U.S. is severely behind.”

With a little bit of luck and a whole lot of patience, Irvin-Choy hopes to move the needle a bit. Along the way, she will continue blogging about her successes, her failures and — as is often the case with science — those laboratory moments comprising a little bit of both. That experiment that required the fire department three years ago? After much checking and rechecking of the safety protocols, she repeated it sans flames, and the results are set to publish in a scientific journal soon.

“I’m very excited about it,” she said, laughing at the memory. “There’s a rainbow to this story after all.”