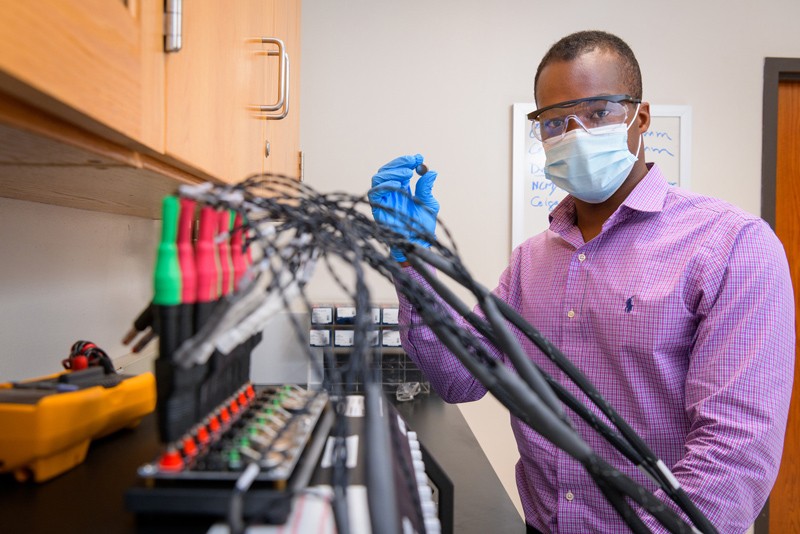 Like many people, Koffi Pierre Yao cannot afford his dream vehicle, the all-electric Tesla Roadster, which runs about $200,000. But unlike many people, Yao has the power to do something about it. No, he said, he doesn’t intend on earning more money — he plans on making the car cheaper.

As an assistant professor of mechanical engineering at the University of Delaware, Yao is working on the development of a next-generation battery that will power our electric devices longer and, potentially, make them more affordable and accessible. This work, funded by a $1 million grant from the U.S. Department of Energy’s Advanced Vehicle Technologies Research program, could revolutionize the energy industry as we know it.

“If we can make this happen, it will be a paradigm shift,” said Yao, an alumnus of UD’s McNair Scholars Program. “We’ll be taking a game-changing step.” 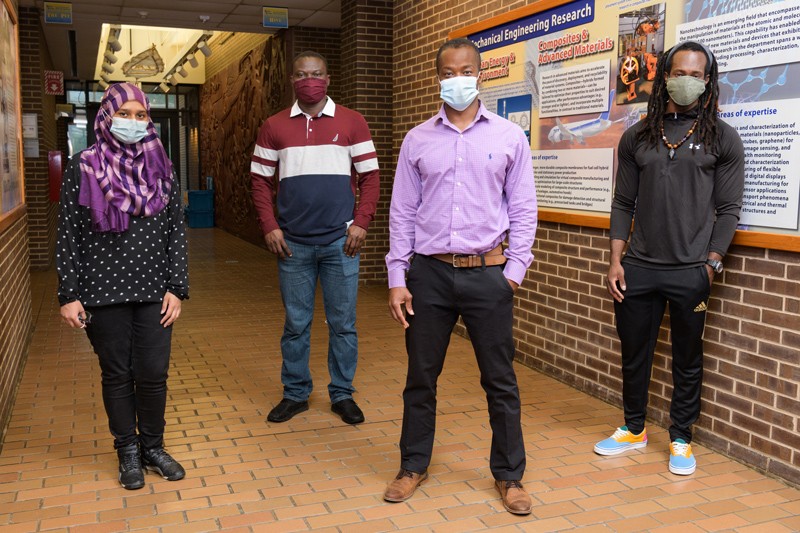 It couldn’t be happening at a better time. The U.S. transportation sector produces nearly 30 percent of the country’s greenhouse gas emissions, meaning electric vehicles, if widely adopted, could slow the pace of climate change.

So… what’s the plan?

To understand that, you first have to grasp the inner workings of a lithium ion battery, the rechargeable kind you’ll find in a cell phone, laptop or, yes, electric vehicle. These batteries do their job by converting chemical reactions into electrical energy and, in order to work this magic, they are each built with two electrodes — aka energy carriers. One of these carriers, called an anode, is typically made of graphite. What Yao and his team are attempting is an anode made instead of silicon, which can store and deliver as much as 10 times the energy. Imagine 350 watt-hours per kilogram, versus current, state-of-the-art options offering 200 watt-hours per kilogram.

Translation: With this innovation, your cell phone would last beyond a day on a single charge and, once you factor in all the engineering details, your electric vehicle would be able to travel two or maybe even three times the distance before needing to be recharged. Because such a battery would be lighter, it would also be considerably cheaper. (No one can say yet exactly how much cheaper — that will require a techno-economic analysis.)

But there’s a catch. Or, as Yao put it: “Everything good comes with a caveat.” 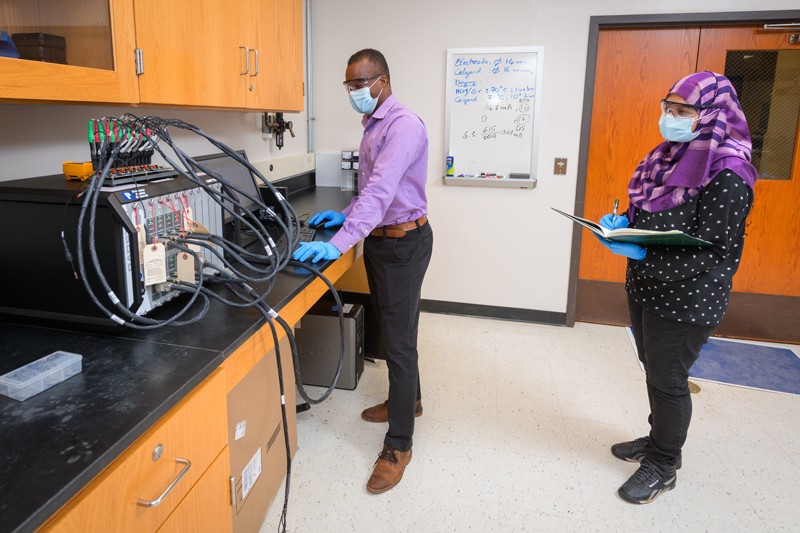 The problem with silicon is that, as a result of storing so much energy, it grows in volume as you cycle the battery. Whereas a graphite anode expands by a mere 10% at most, silicon expands a whopping 350% — and all this expansion degrades the material. In other words, 50 to 100 charges in, your battery bites the dust.

Yao said he believes the solution lies in a film that forms on the surface of the anode in most lithium ion batteries. If he can create a new-and-improved iteration of this film, one that allows for expansion while protecting against degradation, he will have solved the problem.

“In layman’s terms, this film will be plastic,” Yao said. “It will be elastomeric, meaning it will stretch like a rubber band.”

While it might sound simple in theory, the work will be a bit more James Bond-esque in reality — it will require an electrochemical process involving custom synthesis reactors for conducting chemical reactions that will form the engineered film. It will also involve a team of experts, including Ajay Prasad, chair of the Department of Mechanical Engineering and former director of UD’s Center for Fuel Cells and Batteries; Thomas H. Epps, III, the Thomas and Kipp Gutshall Professor of Chemical and Biomolecular Engineering and the director of UD’s Center for Research in Soft Matter and Polymers; and three graduate students — Rownak Jahan Mou, Gbenga Taiwo and Shane Nicholas Shearman. At the end of this partnership, if all goes to plan, the result will be a lithium ion battery that lasts for 10 years or 1,000 charging cycles.

“This is a really exciting opportunity,” said Mou, a doctoral candidate in the Department of Mechanical Engineering. “If we are successful with the silicon coating, this could open the door for still other materials to use, and even more battery options.” 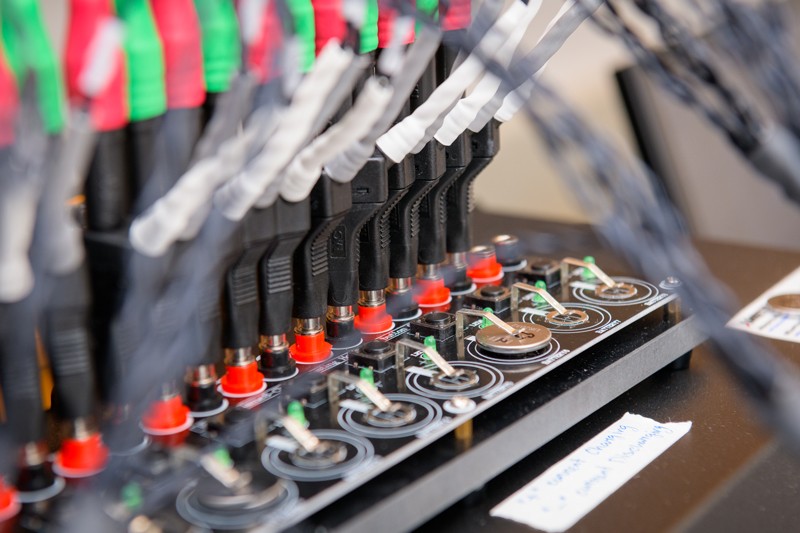 A potentiostat (aka a big box with cables) is attached to a coin cell battery holder, supplying current for electrochemical testing.

This kind of innovative collaboration is one of the reasons Yao said he was drawn back to UD after earning his doctorate at the Massachusetts Institute of Technology and doing postdoctoral work at the Argonne National Laboratory outside Chicago. The other reason? That’s tough to define.

“It’s a personal thing — a feeling — that’s hard to express,” he said. “The University of Delaware is just the place for me. Something pulled me back here.”

Yes, he added, you could call it an energy.

Just not the kind that will run out of charge any time soon.