Continued Leadership for Diversity and Inclusion 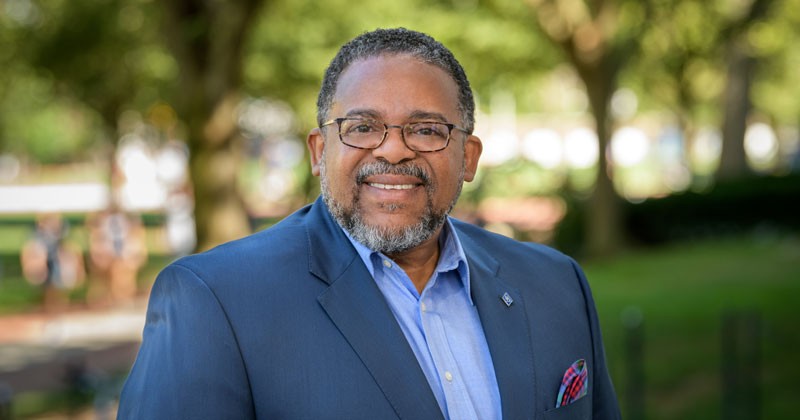 Michael L. Vaughan, who has served as interim vice provost for diversity and inclusion at the University of Delaware since September, will now be devoting himself full-time to the role in the Office of the Provost, effective July 1.

Previously, Vaughan had also maintained his duties as associate dean for undergraduate education in the College of Engineering on a half-time basis.

A national search for a chief diversity officer at the University is currently paused in light of the campuswide hiring freeze, Vaughan will continue to serve as interim vice provost until further notice.

“I am honored and humbled to have the opportunity to devote my full-time attention to this critical work as the University continues its focus on evolving an increasingly diverse, equitable and inclusive campus culture,” Vaughan said. “As we all deal with the challenges, impact and uncertainty of crisis, it is clear that a commitment to access and equity has never been more important.”

In this important role, Vaughan works to advance the University’s academic mission and goals in the areas of diversity, equity, inclusion and human rights by leading efforts to define, assess and cultivate diversity as both an institutional value and an academic priority. He is senior adviser to the president and the provost on matters of diversity and collaborates with campus leaders and others on the development and implementation of initiatives designed to support UD’s diversity efforts.

Vaughan has spent more than 28 years at UD as an academic administrator. In his most recent role in the College of Engineering, he was responsible for the success of the college’s undergraduate education enterprise and led the overall college-level undergraduate academic infrastructure and processes.

Since 2014, he also has held a secondary faculty appointment as an instructor in the college.

Vaughan received his bachelor’s and master’s degrees in electrical engineering from North Carolina A&T State University and completed his Ph.D. in civil engineering at UD.