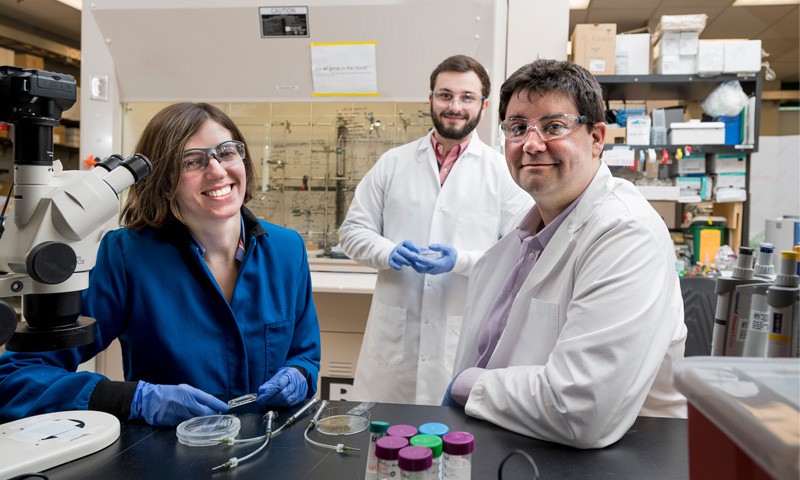 Lymph nodes are important organs that train a body’s immune cells to fight off infection from bacteria and viruses. When they get inflamed, it is a signal that immune cells are multiplying to attack an infection somewhere in the body.

Yet, lymph nodes often don’t get the credit they deserve, and little is known about how cells within a lymph node interact.

The University of Delaware’s Jason Gleghorn, an assistant professor in biomedical engineering with a joint appointment in biological sciences, has received a National Science Foundation (NSF) Faculty Early Career Development Award to understand how the body’s adaptive immune system activates. He said that he will use the five-year, $550,000 grant to develop a new class of microfluidic devices to culture an entire lymph node outside the body and study the cells’ behavior in real time.

The work has broad application to the understanding of chronic infection and inflammation, and metastatic cancer to the lymph node. It also could inform drug delivery strategies for chemotherapy and antiretroviral therapies for HIV.

“The lymph node is a huge black box in terms of understanding the cellular interactions needed for training your immune system, drug transport and mechanisms of stage 3 cancer metastasis,” said Gleghorn.

A plumber for very tiny things

One persistent problem with a lymph node’s complex structure is that it prevents drugs from penetrating inside to target viruses, bacteria and metastatic cancer cells that collect there and cause infection. Gleghorn is specifically interested in how immune cells go through the lymph node, and how these immune cells work and behave. 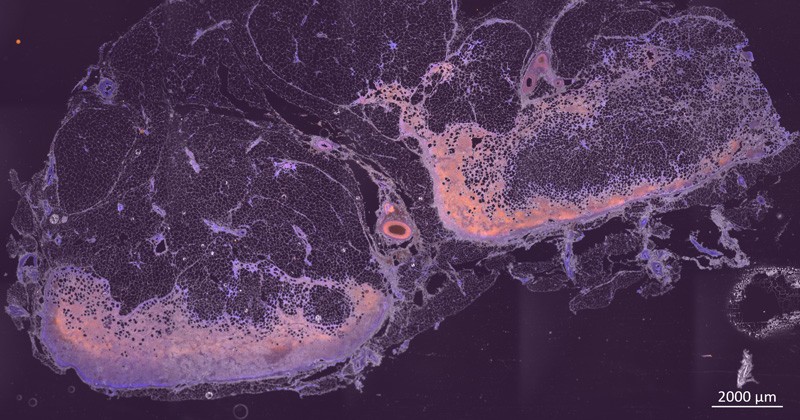 UD researchers captured images of cells inside the lymph node with a fluorescence microscope. This image, taken at 20x magnification, shows cell nuclei (blue) and a T cell marker CD3 (orange). T cells are a kind of white blood cells in the body that attack infected cells.

“Sometimes cells bring viruses like HIV and bacteria into the lymph node. When these foreign invaders, or metastatic tumor cells themselves, move into privileged areas called lobules within the lymph node, the drugs that work well in the rest of the body cannot get in to kill the infection,” said Gleghorn.

“We believe this is why you get recurrence of viral infection like HIV and why cancer metastasis to lymph nodes is so devastating. To-date there is no tractable way to solve this problem; we do not know how this works.”

For example, when tumor cells get trapped inside the privileged area of the lymph node called a lobule, that’s called stage 3 cancer.

While other scientists are combining solutions and chemicals in petri dishes to produce reactions, or using animal models to understand these types of problems, Gleghorn is developing experimental devices that can enable researchers to see, understand and image how things work and behave in the more complex organ — in real time.

It is a very different way to think about a problem. But a necessary one, since scientists can’t just open up the body and look inside to see what’s happening, the way a mechanic might take apart an engine. 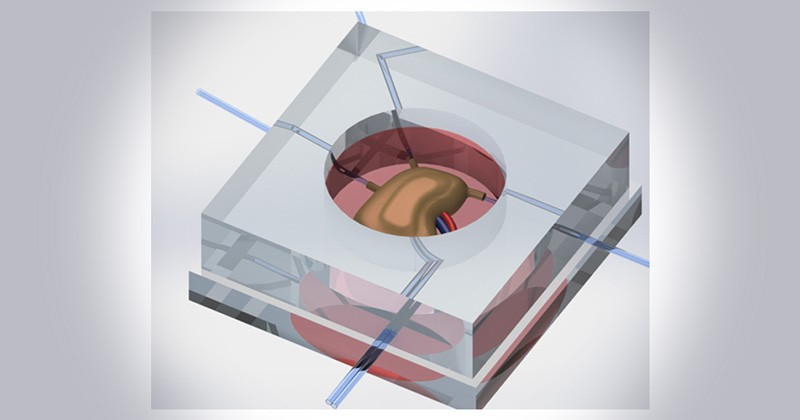 The Gleghorn research team is developing micro-sized devices to study how a lymph node, and the cells inside of it, work in the body. The device is made of molded silicon rubber and tiny glass needles that the researchers make.

The project leverages Gleghorn’s background in developmental biology and engineering. In previous work, he created tiny 3D microfabricated and microfluidic tissue models to study other organs, such as lungs and blood vessels.

Initial work on the project will include developing the system to culture an entire lymph node with collaborators at University of Pennsylvania’s School of Veterinary Medicine, a unique approach that will allow the researchers to retain the organ’s complexity in its natural state. Then, in collaboration with Penn Medicine’s transplant team, Gleghorn’s research team will advance the system to enable culture and imaging of human lymph nodes.

The UD-developed device will be made from molded silicon rubber and tiny glass needles that the researchers make. They will load the lymph node into the middle of the mold, then connect the teeny-tiny glass tubes into the blood and lymphatic vessels that go into and out of the lymph node. This creates a simple system through which blood and other materials can pass.

Using this “plumbing” the research team plans to insert specific cells or drugs and track them as they move through the lymph node. The researchers also have devised a way to cut into the lymph node and insert a window, so that they can watch how the cells inside move around and interact within the lobules. They will collect images of these interactions with a standard fluorescence microscope. 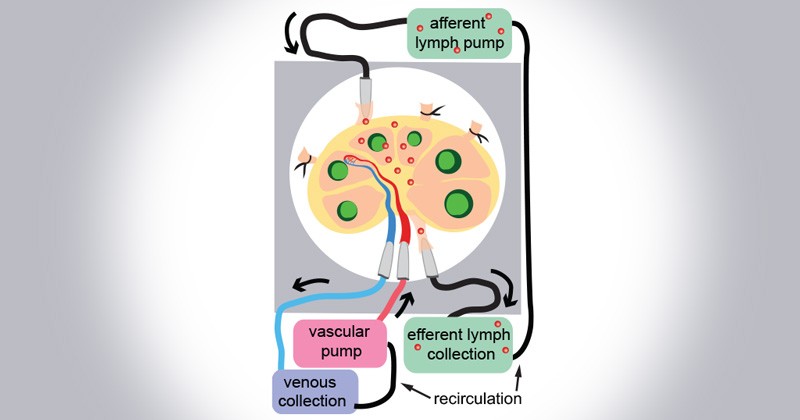 “If we can figure out how drugs are transported and how cells migrate and move around within a lymph node, we can unlock strategies for drug delivery to attack metastatic cancer cells and viruses,” said Gleghorn.

The research team will collect real-time measurements of lymph node health to validate that what they see in this new whole-organ culture system actually replicates what can be expected inside the body, and to help establish baseline data for this emerging area of research.

Gleghorn said he hopes the work will lead to a working model that can be disseminated across multiple fields to ask important questions about human health or to test the immune system’s response to transplant tissue, biological devices or new therapies.

While the NSF CAREER award focuses on cancer metastasis, Gleghorn also is using these approaches to experimentally study HIV through a collaborative project with Ryan Zurakowski, an associate professor in biomedical engineering with expertise using biology and mathematics to understand the evolution of HIV.

“If you could prescreen treatments in a relevant tissue model, it could speed up the drug discovery pipeline,” Gleghorn said.

Gleghorn has filed a provisional patent on the device with UD’s technology transfer office, which is housed in the Office of Economic Innovation and Partnerships. He plans to make the techniques his team has developed open source, through standard operating procedures and videos, so that others in the field can use this type of system in their own work.

And while he understands that the prestigious NSF CAREER award recognizes a single person, Gleghorn was keen to point out that great science is performed with diverse teams of people from different fields, training and cultures that all think about problems differently.

“For me this award is a reflection of the incredibly talented students, postdocs and collaborators that I have had the great fortune to work with and mentor,” said Gleghorn.

Article by Karen B. Roberts | Photos by Kathy Atkinson | Graphic images provided by the Gleghorn lab