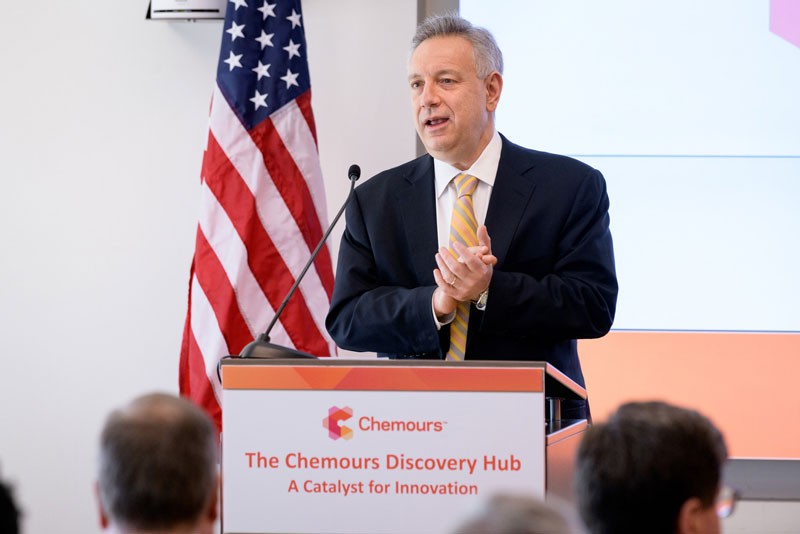 It took 2,873 cans of paint, 630,000 hours of manual labor and 96,000 pounds of eco-friendly spray-foam insulation, but the Chemours Discovery Hub is up and running.

This cutting-edge innovation center is located on the University of Delaware’s Science, Technology and Advanced Research (STAR) Campus. On Monday, March 9, leaders from UD, Chemours and the community gathered for a ceremonial ribbon cutting.

“This is the nexus where a premier company meets a premier university,” UD President Dennis Assanis said inside the $150 million facility. “And we’re going to do great things together. We’ll inspire people to expand the boundaries of science and technology. And together we’ll make the STAR Campus a place where people work and learn and create and build a more vibrant economy and a more connected community.”

Chemours is a global, Fortune 500 chemical company with applications in the automotive, electronics, energy and telecommunication industries, among others. While its headquarters will remain in Wilmington, this 312,000-square-foot Discovery Hub will be home base for more than 300 innovators. These scientists will brainstorm and develop — often in partnership with UD researchers and students — solutions to big societal problems, such as climate change. 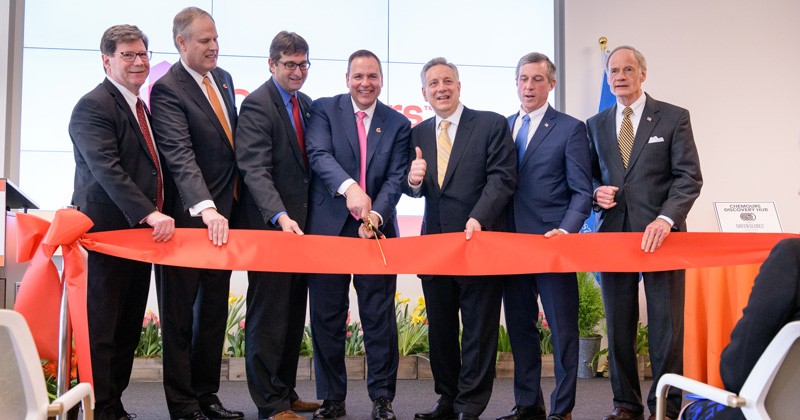 Leaders gather to celebrate the opening of the 312,000-square-foot Discovery Hub, which will be the home base for more than 300 innovators.

“The planet is getting warmer,” said Delaware U.S. Sen. Tom Carper, a UD graduate. He told the story of his wife’s recent trip to Antarctica, during which a chunk of ice the “size of the District of Columbia” fell into the ocean. “So that’s the bad news. The good news is we can do something about it.”

Others focused on what a boon this partnership will be for Delaware’s economy. This is especially noteworthy given the history of the STAR Campus. It is the former site of a Chrysler assembly plant that closed in 2009, eliminating more than 2,000 jobs.

“There was so much uncertainty,” said Gov. John Carney, referring to the aftermath of this closing. “Then the University of Delaware purchased this space, and we saw one building after another. This is one of the most exciting things happening to the economy in this state.”

Company representatives added that supporting this region is woven into their mission.

“We’re very proud of this building, and we’re proud that it’s in Delaware,” said Chemours CEO and President Mark Vergnano. He touted the company’s $2 million scholarship program for passionate local students interested in science and technology careers. “With each investment in the future of Chemours, we are reaffirming our commitment to the state.”

According to Assanis, this is only the beginning.

“We envisioned STAR Campus to be a place where our strength in teaching and research would intersect with the needs of the community and the world,” he said. “A place where faculty, our students and staff would work with innovators and practitioners and entrepreneurs from throughout the region and the world. With every groundbreaking and ribbon cutting, our shared vision is becoming a reality.” 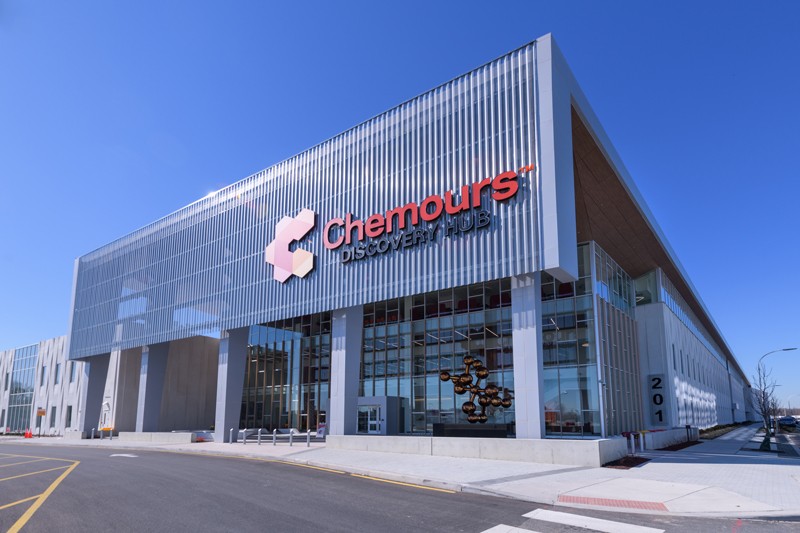