A KEY TECHNOLOGY FOR CARBON UTILIZATION 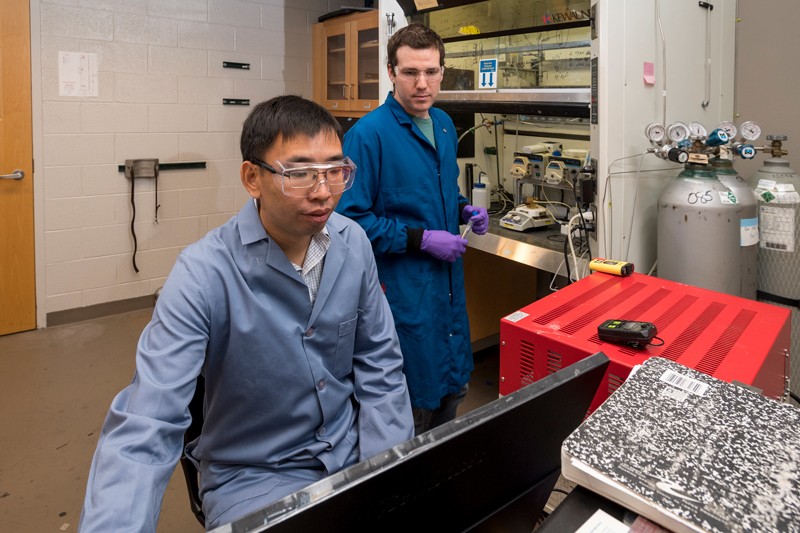 Conscientious consumers know that there are ways to reduce our carbon footprints, like driving less or reusing household items instead of buying new ones. As individuals, we can reduce our contributions of carbon dioxide to the atmosphere, but what can we do about the carbon that is already out there?

That’s where scientists and engineers at the University of Delaware Center for Catalytic Science and Technology come in.

Feng Jiao, the Robert Grasselli Development Professor of Chemical and Biomolecular Engineering, is developing technologies to break down carbon dioxide into molecules that can then be used to synthesize valuable fuels and chemicals. Methods to reduce carbon dioxide often first produce carbon monoxide, and Jiao has developed novel methods to transform that gas into something useful, too.

Now, in a perspective paper published in Nature Catalysis, Jiao and colleagues have described the state of carbon monoxide electroreduction technology and described device designs that could push the field forward. The team, which includes Matthew Jouny, a graduate student in chemical engineering, and Gregory S. Hutchings, a Postdoctoral Innovation Fellow at UD’s Horn Entrepreneurship, also performed an original economic and life cycle analysis, which shows how a two-step conversion from captured carbon dioxide to chemicals can be both profitable and sustainable.

“Electrochemical carbon monoxide reduction should be considered as a key technology for carbon utilization because of the technological and economical advantages over direct CO2 electrolysis,” said Jiao. 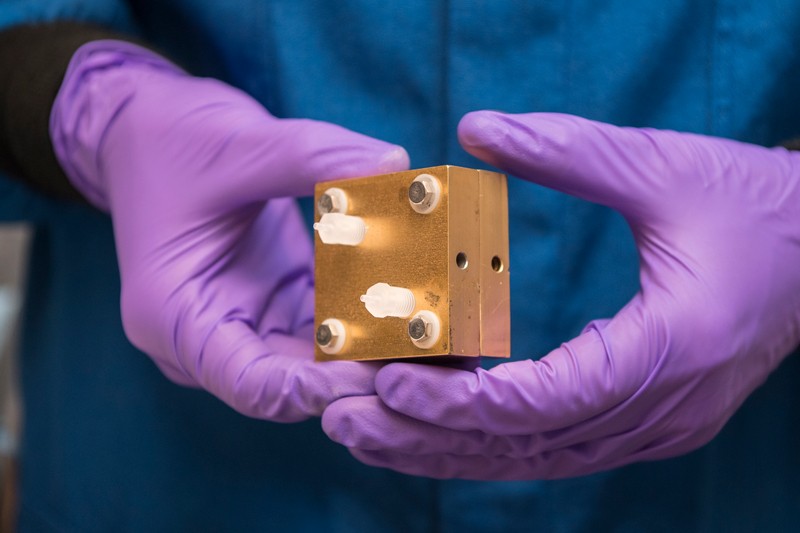 If brought to full production scale for just two potential end products, ethylene and acetic acid, the complete system, powered by renewable energy, could save up to 200 million metric tons of carbon dioxide per year from ending up in the environment, as well as dramatically reducing dependence on oil and natural gas in the chemical industry.

Since realizing the market potential of recent innovations in the field, Jiao and Hutchings founded a startup company, Lectrolyst, that is turning this chemical synthesis platform into commercially-ready devices, focusing first on high-margin specialty chemical production enabled by research findings they published earlier this year. The team formed carbon-nitrogen bonds in an electrochemical carbon monoxide reduction reaction, an original discovery that was funded by the Department of Energy.

At UD, Horn Entrepreneurship has supported the team’s commercialization efforts. The company has received a $78,000 investment through the Blue Hen Proof of Concept Program.

“This is an excellent example that at UD intellectual properties generated from federal funded research can lead to commercialization opportunities,” said Jiao.

The results of the economic and life cycle analysis conducted by the team will help to guide their future development of this technology.

Jiao’s work is part of a strong history of catalysis research at UD. The Center for Catalytic Science and Technology (CCST) has a long history to support research on catalytic systems.