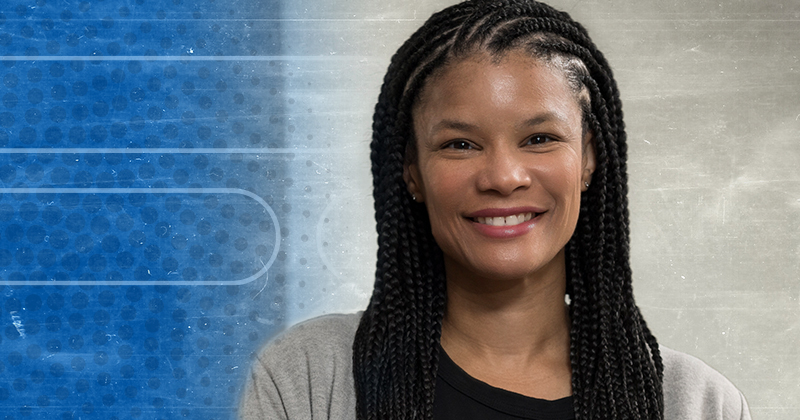 LaShanda Korley, Distinguished Associate Professor of Materials Science and Engineering and Chemical and Biomolecular Engineering at the University of Delaware, has received the 2019 Lloyd N. Ferguson Young Scientist Award for Excellence in Research from the National Organization for the Professional Advancement of Black Chemists and Chemical Engineers (NOBCChE).

The award is named in honor and memory of Dr. Lloyd Noel Ferguson, a chemist and chemistry professor and co-founder of NOBCChe.

Korley is an international leader in the study of soft matter, polymers, and bio-inspired materials. She the principal investigator of PIRE: Bio-Inspired Materials and Systems, a five-year, $5.5 million grant from the National Science Foundation.

She is associate director of the new Center for Research in Soft Matter and Polymers (CRISP) at UD and associate editor of the Journal of Applied Physics.

Korley joined UD in 2018 from Case Western Reserve University, where she was the Climo Associate Professor in the Department of Macromolecular Science and Engineering. She holds a doctoral degree in chemical engineering, with a focus in polymer science and technology, from the Massachusetts Institute of Technology.

Korley is the second University of Delaware faculty member to receive the Lloyd N. Ferguson Young Scientist Award for Excellence in Research since its inception in 1998. In 2008, the award went to Thomas H. Epps, III, Thomas and Kipp Gutshall Senior Career Development Chair of Chemical and Biomolecular Engineering and Professor of Materials Science and Engineering at the University of Delaware.