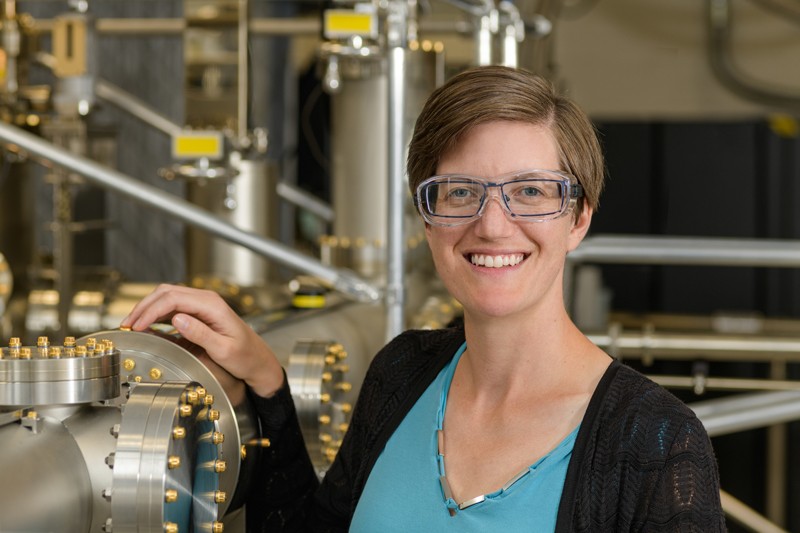 Stephanie Law, assistant professor of materials science and engineering at the University of Delaware, has received the Peter Mark Memorial Award from the American Vacuum Society.

This award was established in 1979 in memory of Dr. Peter Mark, who served as Editor of the Journal of Vacuum Science and Technology from 1975 to 1979. The award is presented to a young scientist or engineer for outstanding theoretical or experimental work, at least part of which must have been published in an American Vacuum Society Journal.

Law was recognized for the epitaxy of novel materials and heterostructures for optics in the far-infrared and terahertz spectral ranges.

Earlier this year, Law received a Presidential Early Career Award for Scientists and Engineers (PECASE) for her pioneering research and leadership in materials and engineering.

She won the North American Molecular Beam Epitaxy Young Investigator Award in 2016 and an Early Career Award from the U.S. Department of Energy in 2017.

Stephanie Law earned her doctorate in physics at the University of Illinois at Urbana-Champaign in 2012 and did postdoctoral research there in electrical and computer engineering before joining the UD faculty in 2014.