Home » How Do Cells Interact With Their Environments?

How Do Cells Interact With Their Environments? 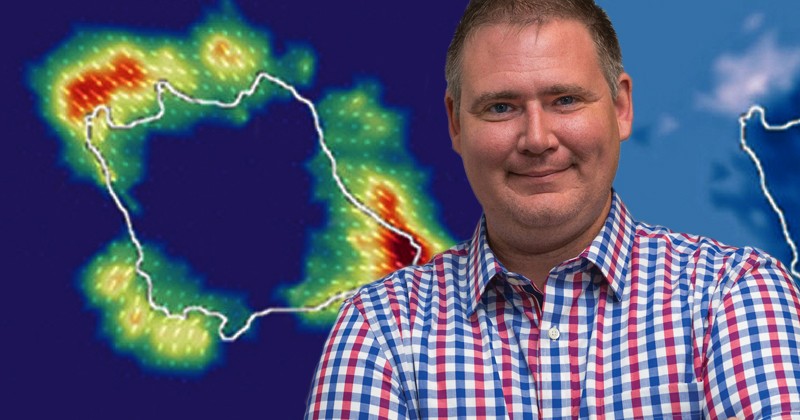 When the best tool for the job isn’t good enough, engineers figure out how to build a new one. That’s what John Slater, University of Delaware assistant professor of biomedical engineering, did with a technique called traction force microscopy (TFM), which is commonly used by scientists, engineers, and biophysicists to measure the forces generated by cells on their surrounding environments.

Additionally, Slater and Banda wrote a step-by-step protocol outlining how to fabricate the new TFM platform using two photon laser scanning lithography and how to implement the software they developed for acquiring high-throughput cell measurements, which was published in October in the Journal of Visualized Experiments.

“This is a really elegant engineering solution to a longstanding problem,” said Slater.

The human body contains about 37 trillion cells. In each tissue, cells are held together by an extracellular matrix — a network of molecules that includes water, proteins, and enzymes to support your cells.

“An individual cell has actin stress fibers, and when those fibers contract, the cell pulls on the matrix,” said Slater. “The amount it pulls on the matrix — the total force it generates — really influences its behavior.” This cell-environment interaction plays a large role in regulating cell fate and allows cells to sense and react to the physical properties of their local environment.

Slater studies how cells interact with their surroundings with a particular focus on how physical interactions influence cell behavior, and like many scientists in this field, he relies on TFM. In traditional TFM, fluorescent nanospheres are added to a flexible hydrogel. As the cells attach to the surface of the gel and pull on it, the user takes an image to reveal the stressed state of the cells. Then, the cells are removed or relaxed, and a second image is taken. By measuring how far the fluorescent particles moved between the two images, the user can calculate the stresses and forces generated by the cells.

The UD research group measures the forces each cell generates by tracking the movement of these fluorescent markers.

Traditional TFM has some drawbacks. The throughput is fairly low, typically only allowing for a handful of cells to be measured in a reasonable amount of time, and the cells that are measured usually have to be destroyed or removed to produce a cell-free reference image for strain measurements and force calculations.

Slater decided to build something better, something nondestructive and suitable for higher-throughput testing. The team developed a way to perform TFM with a built-in zero stress state so you don’t have to collect that reference image with the cells gone, he said. To do it, they place fluorescent markers in a highly regular three-dimensional array within the gel using image-guided, two-photon laser scanning lithography.

“With the traditional method where you just put spheres in, you have no control where they are. They’re just everywhere,” said Slater. “That’s why you have to remove or relax the cells to get the zero stress state. For us, we know exactly where the markers are, so even when they’re stressed, we know where their original non-stressed position was because it’s such a regular array.”

This allows for much higher-throughput measurements. For example, the team recently measured the forces generated from over 60 cells in a very short amount of time.

“We aim to couple this with other assays like immunofluorescence because the cells never have to be removed or relaxed,” he said. “We’re using this to understand what roles cell generated forces play in regulating cell fate with a focus on stem cell differentiation, cancer cell behavior, and blood vessel function.”

In 2018, Slater was recognized with a Rising Star Award from the Biomedical Engineering Society Cellular and Molecular Bioengineering Special Interest Group for this line of research.

Banda was supported by a National Science Foundation Integrative Graduate Education and Research Traineeship (IGERT) in Systems Biology of Cells in Engineered Environments Fellowship while developing this new technology.