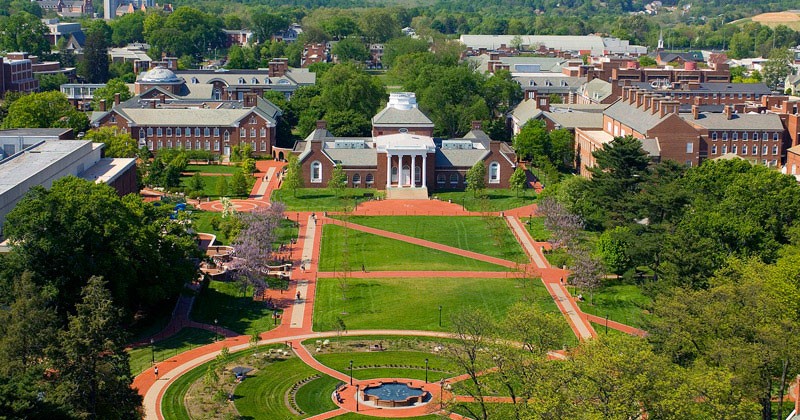 The University of Delaware is ranked among top higher education institutions in the nation in the latest rankings by U.S. News and World Report in its 2020 Best Colleges Report, released Sept. 9.

In the newest rankings, the University is No. 39 among the nation’s top public universities. Among the best national universities – public and private – UD is ranked at No. 91, out of a field of 381.

In other categories, UD undergraduate programs are listed at

“The new rankings by U.S. News and World Report — along recent evaluations by other organizations — highlight the University of Delaware’s position as a national leader in the world of higher education,” UD President Dennis Assanis said. “We are committed to advancing the University to ever greater accomplishments and to better serving our students, our state and the world. The success of our students remains the cornerstone of all these efforts, and we are working diligently to prepare them for productive lives and careers after graduation.”

The U.S. News measures of academic quality for UD remain largely on par with previous years. The most noticeable change in the methodology is the discontinuation of the high school counselor opinion which accounted for 5% of the total, 20% of UD’s overall ranking which is now solely based on the opinion of presidents, provosts and deans of admissions. An additional change is how the graduation and retention rate benchmark are being calculated. Last year this calculation was based on four factors: average six-year graduation rate, average first-year retention rate, Pell Grant graduation rates and Pell Grant graduation rate performance. This year the calculation reverted to include two factors: average six-year graduation rate and average first-year retention rate. This methodological change has moved UD’s graduation and retention rank from 85 to 69. The graduation rates and graduation rate performance of Pell students are now reflected in a distinct social mobility ranking. The outcomes ranking also includes these two social mobility factors.

“Even with our already high graduation and retention rates, UD continues to expand academic support services to increase the number of students graduating in four years,” Assanis said.

In recent weeks, UD has also been recognized by The Wall Street Journal/Times Higher Education analysis, which highlighted student-engagement efforts at UD as being among the top 20% in the nation; the Center for World University Rankings, which placed UD in the top 1.3% of universities in the world; and the Webometrics (Ranking Web of World Universities), which placed Delaware at #55 among U.S. institutions and at #89 worldwide in terms of internet visibility and web presence/engagement.

More information on additional UD rankings is available on the Institutional Research and Effectiveness Rankings website, including several “Best Value” rankings by such outlets as Forbes’, Kiplinger’s and MONEY.