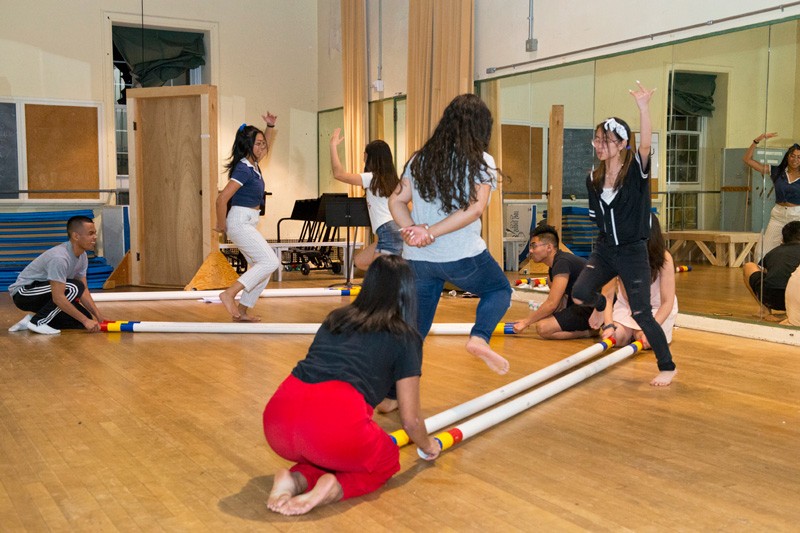 Lauren Icarangal chose the University of Delaware because of its high ranking chemical engineering program. The University is close enough to her home in Woodbridge, New Jersey so she could get home if needed, but far enough to offer a new experience and independence.

However, she didn’t fully account for the culture shock that many first-year students feel, which for her, related to missing the close-knit Filipino community in her hometown. She sought out the Filipino Student Association (FSA) at UD to find others that shared her cultural background.

Now a senior studying mechanical engineering with an aerospace concentration, Icarangal is the president of FSA. The club’s mission is to promote and preserve Filipino American and Filipino heritage on campus.

One way they do this is by promoting Filipino values.

“I think family is the most important [value],” Icarangal said. “Family doesn’t just have to include your immediate family. It’s also your aunts or your mom’s friends, you call them your aunts too.”

Another way is by hosting Culture Night, the annual event FSA puts on to showcase both Filipino culture and that of other similar organizations on campus. Culture Night will be April, 12 at 7 p.m. in Mitchell Hall. Groups perform during the event, with Afrodisiac Dance Troupe and Irish Dance Club on the schedule this year. Tickets can be purchased through this Google form.

Organizing the event is a year-long effort that starts with finding a headliner and a venue. Filipino-American musician AJ Rafael will headline this year’s show. “You can’t do anything before we have a headliner and a set date, so that’s mainly our fall semester focus,” said Amelia Abobo, a junior studying computer science with a concentration in education and FSA treasurer. “As soon as spring semester rolls around, we perform Filipino dances for culture night and so this is my second year doing the choreography.”

For the performance, about 25 FSA members will perform traditional and modern versions of the Filipino folk dances bangko, binasuan and tinikling. Each one holds a traditional meaning. For example, the tinikling dance involves clapping bamboo sticks to the beat and hopping over them. Abobo said it’s kind of like double dutch.

“Tinikling is a traditional game that they play at school in the Philippines,” she said. “Everything goes in three counts, but you have to jump over them and not get caught and then you dance.”

Outside of Culture Night, FSA holds monthly meetings, fundraisers for underprivileged areas in the Philippines throughout the year for Purposeful Unconditional Service to Others (PUSO) and hosts various bonding events during each semester. The group previously went ice skating together, had a bubble tea outing and hosted a cooking night to demonstrate how to make some Filipino dishes. Abobo’s favorite meal is sinigang and Icarangal’s is chicken adobo.

This is the 10th anniversary of the founding of UD’s FSA chapter and Icarangal said the organization has grown. The approximately 70 active members are part of the larger East Coast group called Filipino Intercollegiate Networking Dialogue (FIND). The incorporated nonprofit organization promotes unity and cooperation between Filipino organizations at different institutions.

Icarangal emphasized that FSA’s biggest motto is that anyone is welcome.

“You don’t have to be Filipino to join,” she said. “If you want to be part of our club, we’ll treat you like family. You just have to be open minded.”

Abobo added they will teach anyone that is willing to learn.

“We welcome everyone with open arms,” Abobo said. “We’re family.”