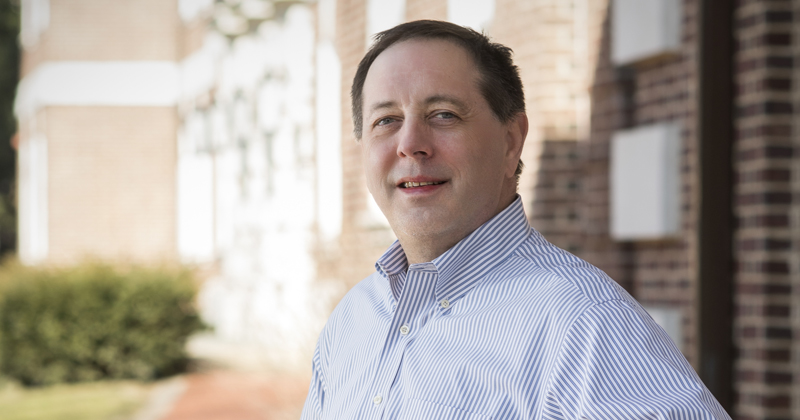 David C. Martin is now the College of Engineering’s Associate Dean for Research and Entrepreneurship

David C. Martin, Karl and Renate Böer Professor of Materials Science and Engineering, is now the Associate Dean for Research and Entrepreneurship in the University of Delaware’s College of Engineering. His appointment became effective Feb. 1.

Martin is a prolific researcher whose work spans interdisciplinary boundaries, incorporating elements of materials science, biomedical engineering, chemistry, mechanical engineering and chemical engineering. “As Associate Dean for Research and Entrepreneurship, I plan to promote continued development in areas that span traditional college and department siloes of expertise,” he said. Experts from across the University can work together on problems that are fundamentally interesting and important to society.

Martin has more than 400 published articles, which have been cited more than 16,000 times, according to Google Scholar. His research addresses a number of areas in polymer science, with a particular focus on the design and development of materials at the interface between prosthetic devices and living tissue. His work has been supported by the National Science Foundation, the National Institutes of Health, the Army Research Office, NASA, DARPA and industry.  His scientific endeavors have international recognition, including invited sabbatical leaves at the Max Planck Institute for Polymer Research in Mainz, Germany, and the Biolectronics Department of the L’Ecole des Mines de Saint-Étienne in Gardanne, France.

Martin is also a passionate and committed educator. At UD he helped the Department of Materials Science and Engineering develop 4+1 bachelor’s degree/master’s degree opportunities in cooperation with several other departments in both the College of Engineering and the College of Arts and Sciences. He also developed an entirely new course on Bioelectronic Materials and Devices.

Martin also has firsthand experience with entrepreneurship, a growing area of importance for engineers and scientists. He was co-founder and Chief Scientific Officer for Biotectix LLC, until its acquisition by Heraeus Medical Components in 2017. He has held previous positions at DuPont Central Research and Development in Wilmington, DE, the General Motors Research Center in Warren, Michigan; at IBM General Technology Division in Burlington, Vermont; and at GE Carboloy Systems Division in Detroit, Michigan.

Martin looks forward to collaborating with industrial partners, professional societies and other stakeholders to build upon the legacy of entrepreneurship at UD and throughout the First State. “Delaware is a great place with a long history of inventions and scientific endeavors,” he said.