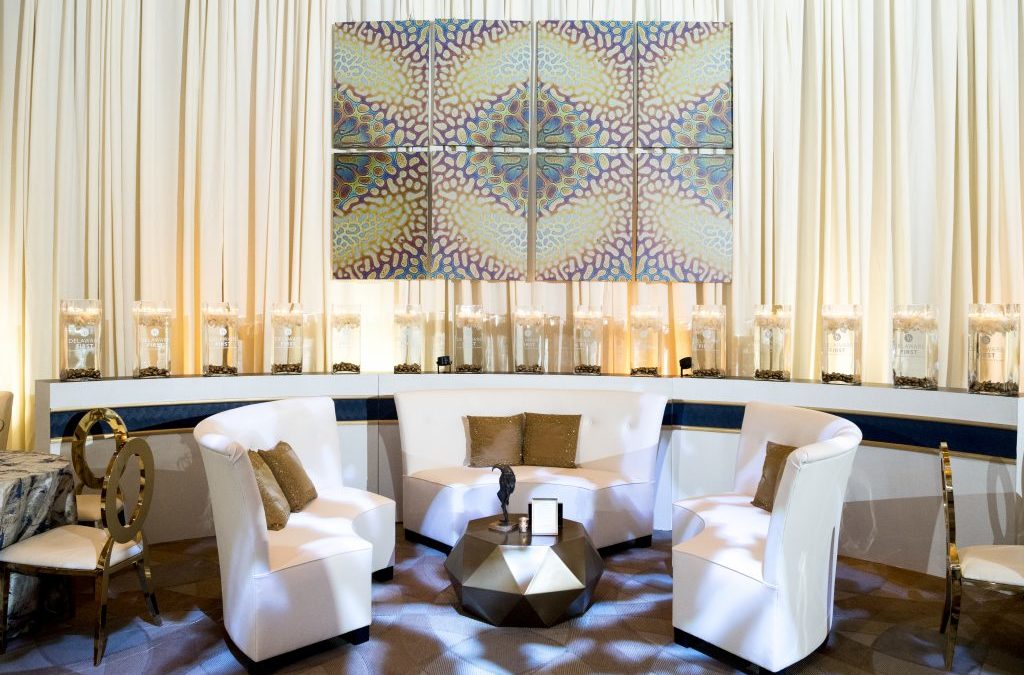 Once again Art in Science is leaving it’s blueprint bit by bit. This time we had a few pieces of art that were featured on canvases at Delaware First Campaign and the UD Presidential Campaign Launch. Our artwork is quite novel, the way we’re displaying our research with a creative and artistic platform. Words going around that the President and his guests were highly impressed! Attendees of the event included President Dennis Assanis, Vice President Joe Biden, and several Board of Trustee members. Check out the pieces of art that were chosen to be displayed at the event.

One of the pieces A Fiber of Your Imagination by Jillian Emerson (2017) was printed onto multiple pieces of canvas that were arranged to create kaleidoscope effect. This was captured using optical microscopy in reflection mode.

“For millennia, humans have been looking to the skies and finding shapes in the clouds and stars. As new technologies have emerged,  it has become possible to turn the imagination towards the microscale. This optical micrograph depict the result of the introduction of a small particulate matter during solution casting pf polymer blends. The fiber produced small changes in thickness near the defect site in the resulting thin film, creating color gradients in the sample, and disrupted the local blend structure. Like making shapes in the clouds or connecting the stars, the interpretation of this image is up to you. The question remains: what do you see?”