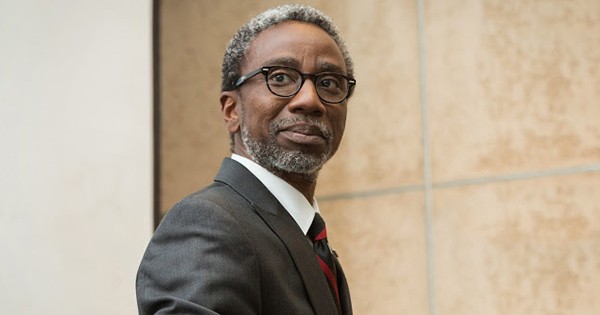 Babatunde Ogunnaike, William L. Friend Chair and dean of the University of Delaware College of Engineering, has been named to the board of directors of the Chemical Heritage Foundation. His term extends until June 30, 2020.

The Chemical Heritage Foundation, based in Philadelphia, preserves scientific history and examines how science has shaped modern life.

“This is a wonderful opportunity to serve the scientific community and beyond,” says Ogunnaike.

He adds: “It’s humbling to be selected for this group.”

“We at UD are proud of Dean Ogunnaike and his many accomplishments, both on and off our campus,” said UD President Dennis Assanis. “He is a true Renaissance engineer, an accomplished scholar and an inspiring leader. On behalf of the whole University, we congratulate him on this honor.”

Board member Eduardo D. Glandt, dean emeritus of the School of Engineering and Applied Science at the University of Pennsylvania, was one of those who nominated Ogunnaike for the board.

“Dean Ogunnaike is a most unusual individual, someone who has excelled on three very different fronts: industrial practice, scholarly research and education, and academic leadership. One would be very hard pressed to find someone with his level and breadth of achievement,” said Glandt.

Ogunnaike will attend his first CHF meeting in October, after which he will join committees within the board. The organization includes four programmatic areas:

The Donald F. and Mildred Topp Othmer Library of Chemical History, which houses books, papers, and photographs from prominent scientists and scientific organizations.

The Roy Eddleman Institute for Interpretation and Education, which includes the organization’s museum, magazine, podcast, and other public programs and exhibitions. In 2015, the film series “Scientists You Must Know,” which featured five scientists who changed the world, included UD alumnus Robert Gore, the developer of Gore-Tex.

The Arnold and Mabel Beckman Center for the History of Chemistry, which supports a community of visiting fellows who contribute to CHF programming.