Shaping the Future of Chemical Engineering 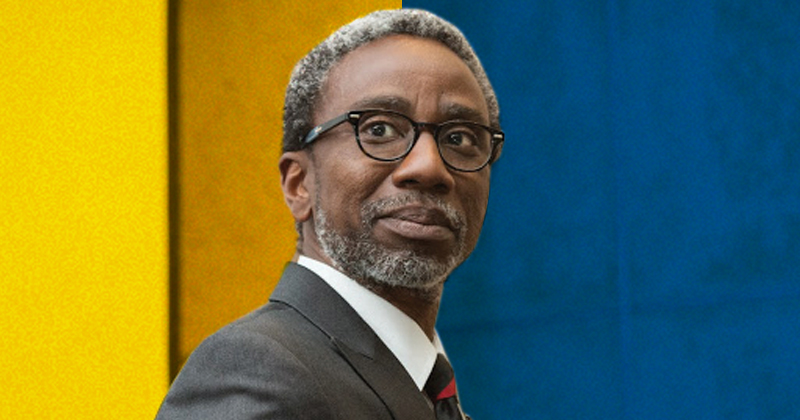 The University of Delaware has long been known as a destination for chemical engineering, with academic programs that consistently rank among the best in the nation.

Thus, it is perhaps no surprise that a UD chemical engineering professor was invited to join a group of leading experts as they set the course for the future of the discipline.

Babatunde Ogunnaike, William L. Friend Chair of Chemical Engineering at the University of Delaware, is joining leaders from other top universities as a member of the provisional committee for the National Academies of Sciences, Engineering, and Medicine’s Board on Chemical Sciences and Technology’s new three-year study: Chemical Engineering in the 21st Century: Challenges and Opportunities. The committee will lead the study in outlining a vision for chemical engineering research, education, and industrial innovation over the next 30 years.

Ogunnaike has been asked to lead the sub-group specifically focused on the question: What are the emerging capabilities and tools that will impact chemical engineering in the future?

Building upon the past

This committee is building upon the legacy of a seminal 1988 report from the National Academies, Frontiers in Chemical Engineering: Research Needs and Opportunities, which outlined key areas that influenced the next three decades for chemical engineers. The committee behind the report, which included two UD professors — the late Kenneth Bischoff and the late Arthur Metzner — identified priority areas of biotechnology and biomedicine; electronic, photonic, and recording materials and devices; polymers, ceramics, and composites; processing of energy and natural resources; environmental protection, process safety, and hazardous waste management; computer-assisted process and control engineering; and surfaces, interfaces, and microstructures.

As the members of the 21st century committee look to the future, they will consider novel advances such as the development of computer modelling of data and design manufacturing processes, the rise of machine learning and artificial intelligence, the fast-changing field of synthetic biology, the advent of process scalability and modular designs, the growing focus on sustainability and carbon emissions in manufacturing and the boom in hydraulic fracturing and availability of natural gas, according to the National Academies.

Ogunnaike, an expert in process control, modeling and simulation, systems biology and applied statistics, brings to the committee a deep knowledge of both industrial and academic applications of chemical engineering. He joined E.I. du Pont de Nemours and Co. in 1989 as a senior research engineer and served as a research fellow in Central Research and Development from 1995 to 2003. He joined UD’s faculty full-time in 2004 and served as Dean of the College of Engineering from 2011 to 2018.

Committee chair Eric Kaler, professor of chemical engineering and materials science and president emeritus at the University of Minnesota, also has a UD connection. Kaler joined UD as a faculty member in 1989 and served as Dean of the College of Engineering from 2000 to 2007.

Committee member Anne Robinson, professor and head of the Department of Chemical Engineering at Carnegie Mellon University, was a UD faculty member from 1997 to 2012.