Home » BRINGING IT DOWN TO EARTH

BRINGING IT DOWN TO EARTH 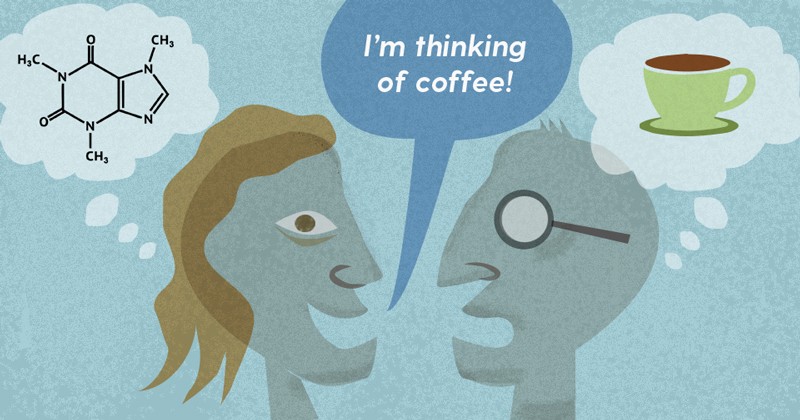 Maybe you, dear graduate student, will discover the biochemical key that locks cancer out forever. Maybe you will find a way to turn down the global thermostat so Planet Earth doesn’t drown in its own oceans. Maybe you will figure out what “dark matter” really is.

But Ernest Rutherford, considered the father of nuclear physics, demands more of you, ever so much more.

“An alleged scientific discovery has no merit unless it can be explained to a barmaid,” the 1908 Nobel Prize winner once said.

That’s no small feat, of course, and it’s not the barmaid’s fault. Researchers and scientists — steeped as they are in the technical language and shorthand of their specific disciplines — develop a level of expertise that is not easily translated.

“I enjoy science communication,” said Lauren McCabe, who is pursuing a doctorate in materials science at the University of Delaware’s College of Engineering, focusing on such things as nanotechnology, molecular beam epitaxy, quantum dots and photonic crystals. “But it is one thing a lot of us aren’t very good at.”

McCabe found something at UD that helped — the five-part “Words For Nerds” seminar developed by two unlikely UD collaborators to give graduate students training and practice in the art of explaining complex ideas to street-level audiences.

“Historically, this is something engineers and scientists are not too good at,” said Joshua Zide, professor of materials science and engineering and an expert in nanotechnology. “And when you’re bad at it, bad things happen.”

Zide discussed this a few years ago with Dawn Fallik, associate professor of English, who teaches journalism and writes about medicine and science for major outlets, including The Wall Street Journaland The Washington Post.

And — on their own time — they built this program.

“We’re like the oddest couple ever,” Fallik said. “But we just hit it off. I think we both have a nerdy sense of humor and I’m fascinated by science.” University of Delaware professors Joshua Zide (materials science and engineering) and Dawn Fallik (English) sit on the front row as students explain their research in the final event of the 2019 Words For Nerds program. Zide and Fallik created the program to help students develop effective communication skills.

They enlisted the help of expert presenters, including Gene Park of The Washington Post, UD alum Charles Bergquist of NPR’s Science Friday, Dr. Dara Kass, creator of the FemInEm campaign, and UD marine scientist Danielle Dixson, all of whom have significant track records as effective communicators.

“I was just hoping enough students would sign up,” Fallik said. “We got the grant at the end of December and the program was for spring.”

Not to worry. Ninety-two students applied for 25 slots. Another round is planned for spring semester of 2020.

“Communicating your thoughts about scientific research to a broad audience and explaining its impact outside the academic world are essential skills that all doctoral students should develop,” said Doug Doren, interim vice provost for graduate and professional education and dean of the Graduate Collegeat UD. Doug Doren (right), interim vice provost for graduate and professional education and dean of the Graduate College, congratulates Ashley Kennedy on her prize-winning presentation at the Words For Nerds finale last spring.

“Unfortunately, many STEM [science, technology, engineering and mathematics] students do not get enough opportunities to focus on improving their public communications skills,” he said. “Words For Nerds aims to fill this gap and serves as a complement to the core research training where UD graduate programs already excel. The course also brings students from a wide range of graduate programs together and gives them a chance to share perspectives and new ideas.”

As an expert in nanotechnology, a field that makes machines out of tiny particles you can’t even see with your eyes, Zide understands it’s hard for most of us to grasp such work. He also knows it’s important to find effective ways to connect the dots for people.

“There is no big science lobby,” he said. “And people are not particularly well-informed. Scientists speak a different language, a very, very precise language.”

Strong communication skills are a super power for those who hope to have effective interactions with lawmakers, grant officers, business leaders, taxpayers, other researchers, even family and friends. Such skills often translate to greater opportunity, increased financial support and stronger partnerships. Doctoral student Maro Pontiki explains her research in coastal engineering and the ways plants can minimize damage from storms during the final presentations of the University of Delaware’s Words For Nerds program.

Zide pointed to a situation in 2016, when a researcher at Georgia Tech was named three times in former U.S. Senator Jeffrey Flake’s annual “Wastebook,” a list of government research grants the Arizona Republican saw as wasteful.

Instead of defensive indignation, David Hu responded with a remarkable “Confessions of a Wasteful Scientist” blog post for Scientific American. He explained the potential impact of the three projects mentioned on the list and urged others to go and do likewise.

“A scientist has a duty to explain her work to others,” Hu wrote. “I encourage the public to continue to ask researchers about the importance of their work.”

The answers aren’t necessarily easy. But when was “easy” a researcher’s path?

“If you try to speak in broad enough terms to be generally understandable, often it starts to sound generic,” Zide said. “People may understand the idea of solar energy, but that subject can very quickly get into detail that is less accessible…. Is the specificity important? People in general care about the application of the work rather than the details. That creates a challenge for work that is more fundamental…. I think people want to be understood and there is no shortcut, no magic way to do it.” Ginnie Sawyer Morris, a doctoral student in human development and family sciences, talks about her study of gender differences in recovery from addiction during the final presentations of the University of Delaware’s Words For Nerds program.

Fallik is practiced at steering such conversations because her own reporting demands it.

“As a medical and science reporter with a background in data analysis, I spend a lot of time talking to researchers about their work for stories in The Wall Street Journal and The Washington Post,” she said. “I use the phrase ‘Let me make sure I understand what you’re saying’ frequently. I know I’m not an expert in their field and I don’t want to get anything wrong.”

It is not self-evident to scientists and other researchers that mastering communication skills and learning about social media are worthwhile endeavors.

“The biggest challenge for the graduate students is that they have been in their field for so long, completely immersed in their technical language, they don’t realize that the vast majority of the public does not know what they consider to be common knowledge,” Fallik said.

Add to this the tendency of some humans to pretend they understand — to bluff or guess at what the meaning might be — and the information gap gets worse, not better.”

As a journalist, Fallik knows that is non-negotiable.

“I remember starting to explain something to her once,” Zide said. “I said, ‘If you have a thermal gradient….’ And she stopped me right there. We use those terms as a shorthand, but most of the public might not know what ‘gradient’ means. And if the public doesn’t understand you or thinks you are trying to talk down to people, well, if we aren’t really careful we’re going to be misunderstood.”

Dixson said she was impressed by the students who participated in the program. At the graduate level, she said, they are constantly learning new terms, new techniques, new ideas and developing their use of scientific language. This was another angle on communication.

“In an age where scientific findings are always questioned by the general public and the majority of funding comes from tax dollars, students must learn how to speak to an untrained audience on the importance of their research, the findings that resulted from said research and — most important — the impact the findings have on the lives of the general public,” she said.

The sessions in the spring of 2019 included Writing for Advocacy, Data Visualization, Social Media Messaging, Pitching and Podcasts. Students developed their own presentations and practiced them.

On the night of the final presentations, they gathered in Memorial Hall and, one by one, explained their research — such things as coastal engineering, the color of light, vehicle-to-grid energy technology, how gender makes a difference in recovery from substance abuse, osteoarthritis, how the brain makes sense of things, inequality in STEM fields, artificial intelligence, how blockchain technology could improve transparency in disaster management, and much more.

The judges brought plenty of expertise to the panel, including Doren, Barbara Adde, a UD alum who now is strategic communications director for NASA; and Tina Hesman Saey, senior writer at Science News, who has a doctorate in molecular genetics.

“It was really interesting, really fun and I found it great that so many people were interested that some had to be turned away,” Saey said. “Most of them did comparably well to what I’ve seen other early-career scientists doing. But some of them were real standouts, who clearly had a gift for communication. Even some whose presentations weren’t as clear, I felt like having this experience probably had given them more confidence to talk about their work and that’s not training people generally get. They’re told you have to give a talk, but nobody ever told them how do you do that.”

Assisting with such efforts might be a bit “self-serving,” Saey said with a laugh. “If I call any of them for an interview, they’ll presumably be able to explain in terms my readers will understand.”

Ashley Kennedy, who was about to earn her doctorate in entomology and wildlife ecology, won the top prize of $1,000 for demonstrating her use of crowd-sourcing while studying the kinds of insects important to birds.

She showed how she launched a website, a Facebook page and a Twitter account (@whatdobirdseat) that caught on with like-minded souls and produced thousands of photographs documenting bird menus throughout North America. She made a brief video and it all helped her make the case that native plantings play a powerful role in providing food for birds.

“Garden as if life depended on it,” she said. “Because actually, it does.”

McCabe, the engineering doctoral student, put what she learned to immediate use.

“I have definitely benefited from things we learned in the program,” McCabe said. “I have a small science blog — Small World Big Impacts — that I update when graduate research allows me some extra time. After the program I set up an Instagram account for it as a different platform to get the word out using what I learned, particularly from the session we had with Gene Park where he talked about reaching people on different web platforms. It’s not huge, but I recently hit 50 followers with a small, steady growing trend. If I get even one non-scientist to learn something new and exciting with each post, then I consider that a success.”