Materials Of The Future 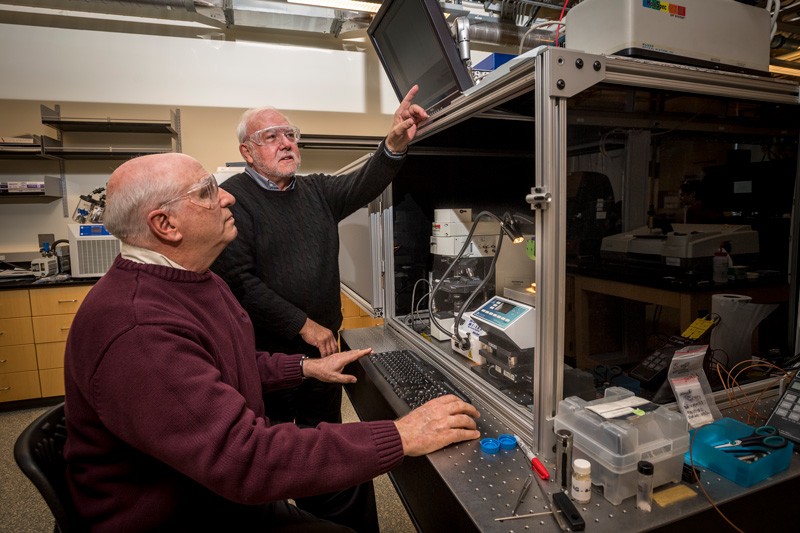 At UD, materials science and engineering has a storied past and bright future

The Materials Science and Engineering Department at the University of Delaware celebrated its 20th anniversary in 2018 by announcing a keystone of its future: a new undergraduate major in materials science and engineering, spearheaded by department chair Darrin Pochan, which will begin in 2019.

Graduates of the existing master’s degree and doctoral degree programs have gone on to work at leading companies from Apple to 3M, and graduates of the new undergraduate program will be prepared for a wide variety of careers in science, engineering and technology.

Entrepreneurship and data analysis will be woven throughout the curriculum, and students will have access to makerspaces and world-class research facilities such as the UD Nanofabrication Facility and Advanced Materials Characterization Lab.

UD has offered master’s and doctoral degrees in materials science and engineering for the last two decades, and John Rabolt, founding chair and Karl W. and Renate Böer Professor of Materials Science and Engineering, has been here from the beginning.

Rabolt was working at IBM and had spent 20 years in Silicon Valley when he received a call from Stuart Cooper, then the dean of UD’s College of Engineering. It was 1996. UD was starting a materials science department, and Cooper wanted Rabolt to head east and spearhead it.

Rabolt had come to Silicon Valley in the ‘70s, when it was dotted with apple orchards. He worked just miles away from Steve Jobs, Steve Wozniak and other icons of the tech industry as they developed the first personal computers.

“I grew up, professionally, in Silicon Valley,” said Rabolt. But he was ready for a change.

Rabolt told Cooper he would only come to Delaware if the College of Engineering was serious about building a program that rivaled the best in the world. He noticed that at many universities, materials science departments operated in silos, with professors concentrating in metals, ceramics, or polymers and competing with — rather than collaborating with — their colleagues. Rabolt had a vision for what a 21st century department should look like, one with a more interdisciplinary approach and a focus on modern materials.

Step one: Recruit faculty with a foothold in more than one area. His first five hires came from industry, from companies with the best research divisions — DuPont, AT&T and Exxon. 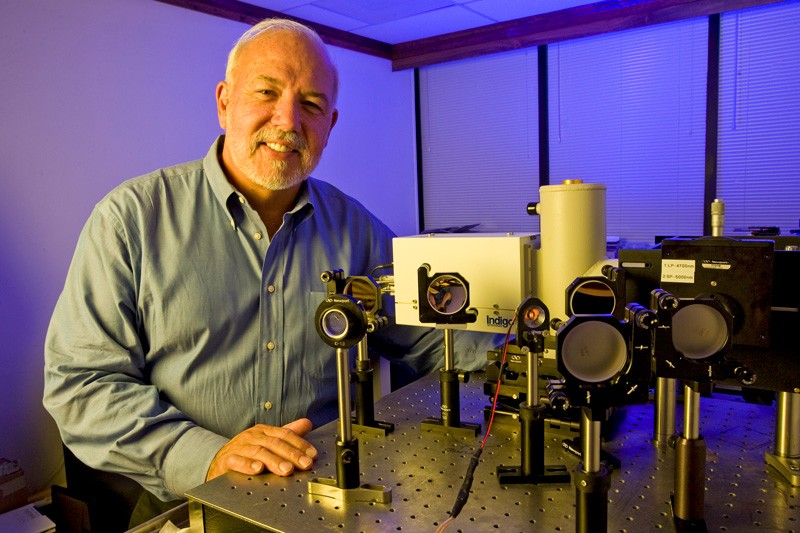 Much of what John Rabolt envisioned has come true — partially thanks to his tenacity. He learned a lot in Silicon Valley, but the tenacity perhaps came to him earlier. “I come from the wrong side of the tracks in Brooklyn, and nothing is impossible for us,” he said.

“I thought that was a good bet,” he said. “Those labs were very competitive in those days, with a publish or perish philosophy.”

He looked for team players. During interviews, he told applicants that he had a habit of asking faculty members to help move desks on some days since the department had few staff and was rapidly expanding. He called it the move-the-desk test.

“I could tell when people thought that was beneath them,” a quality that didn’t suit the camaraderie he wanted for this burgeoning department, he said.

Rabolt wanted to build a culture that would make people stay — which worked. He recruited current department chair Darrin Pochan and deputy dean Kristi Kiick. Only two of the professors he hired have left UD. “I’m most proud of the faculty I hired,” Rabolt said.

Next, he focused on the curriculum, the foundation of any degree program. UD offered materials science courses already, and Rabolt reviewed every single one to see whether it was modern, relevant and comprehensive.

He posed the question: “What do we want students to know in the 21st century as a materials scientist?” The resulting list didn’t just have technical requirements. It also featured soft skills like ethics and entrepreneurship. During his years at IBM, Rabolt had learned that these skills are critical to success.

Then, Rabolt checked every course offering against the list. Some classes were out, and new ones took their places. “At that stage, I knew we had something,” he said. The department revisits that wish list of skills every few years.

To this day, Rabolt co-teaches a three-credit course on entrepreneurship for engineers in collaboration with Keith Goossen from Electrical and Computer Engineering and Scott Jones from the Alfred Lerner College of Business and Economics and Horn Entrepreneurship. Students learn about the financial, legal, scientific, and engineering issues associated with high-tech startups as they work in teams on research and development and strategic planning for a new high-tech product. Rabolt and Jones are entrepreneurs themselves, with a startup, Resonate Forward LLC, that designs and builds vibratory devices to mitigate the symptoms of Parkinson’s Disease patients.

Rabolt has been here as UD has added more and more faculty and students from around the world. Faculty and students work together to design, synthesize, process and characterize a wide array of organic, inorganic, and hybrid materials. In 2017, the University signed a collaborative research pact with Argonne National Laboratory, and several materials science and engineering professors are part of the collaboration.

Much of what Rabolt envisioned has come true — partially thanks to his tenacity.

“I come from the wrong side of the tracks in Brooklyn, and nothing is impossible for us,” he said. 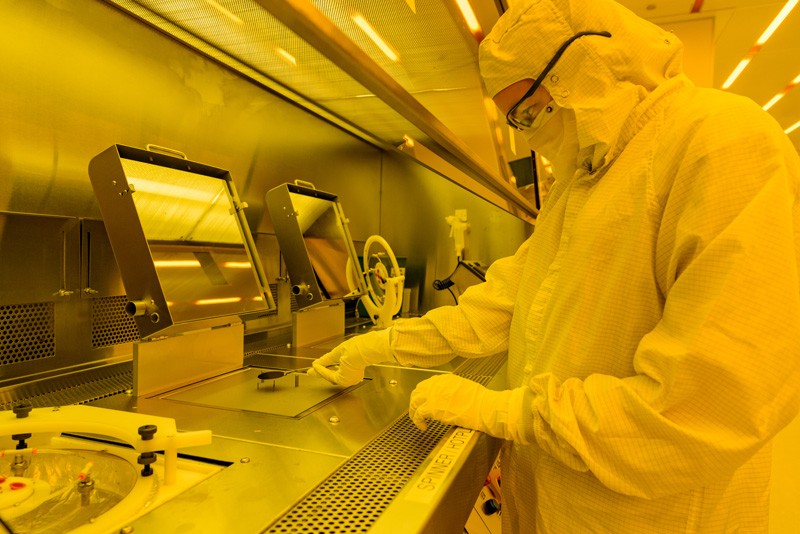 In two decades, the materials science and engineering department at UD has been a hub of innovation. UD’s Nanofabrication Facility is just one of the many facilities that helps these scientists and engineers create and study new materials.

Here are just a few of the cutting-edge materials developed in recent history by materials scientists and engineers at UD:

Precious metal sensors. A team of UD scientists including Rabolt and research professor of materials science and engineering D. Bruce Chase developed materials that can be used as sensors to detect metallic environmental contaminants, such as toxic arsenic in water. They took tiny particles of gold, each smaller than the width of a human hair, and combined them with a polymer resin. The result: a gold nanorod/polymer nanocomposite sensor that binds metal ions, thanks to the combination of charges in the material’s components. A U.S. patent for this technology was granted to the inventors and the University in 2018.

Materials that change the color of light. Materials that manipulate light are in use all around us, from the lenses in smartphone cameras to the emitters in our TVs. The study of ways to emit, detect, and manipulate light is called photonics because a beam of light is composed of millions of individual `particles’ of light called photons. Each photon has a specific energy that corresponds to its color (wavelength), and changing the energy of a photon is an important tool.

At the University of Delaware, materials science faculty members Matt Doty and Joshua Zide have developed a new material that can implement efficient photon upconversion by combining the energy from two low-energy photons to emit one high-energy photon. A patent was granted in 2018.

An injectable system to promote cartilage growth. Cartilage is the foundation of our joints, tissue that absorbs shocks and distributes loads so that we can move without pain. When cartilage wears down, as in the case of osteoarthritis, it is difficult to regenerate. However, some growth factors that play a role in cartilage development might help with repair, too — if only they can be delivered to the site where they are needed. A team of scientists including UD professor Xinqiao Jia figured out a way to bind growth factors to hyaluronic-based hydrogel particles in a way that makes them injectable. A patent was granted in 2017.