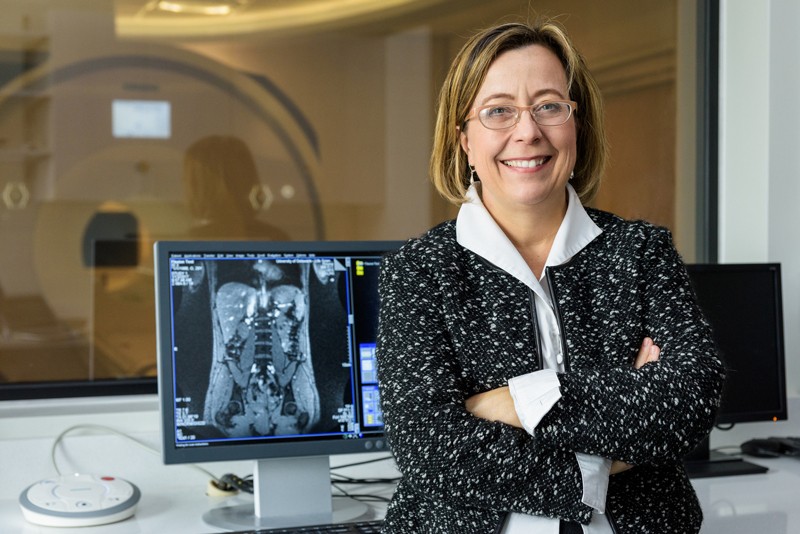 Dawn Elliott is having a banner year. As an academic, she’s winning awards, reaching milestones and receiving major kudos from students and colleagues who’ve benefited from her leadership. And yet, she’s not all that interested in talking about triumphs. For all her professional prowess, she’d much rather chat about mistakes.

“In science, you experience more failure than success,” said Elliott, a Blue and Gold Distinguished Professor of Biomedical Engineering at the University of Delaware. “And you learn more from it as well.”

In 2010, Elliott founded UD’s Department of Biomedical Engineering, which she chairs. With help from UD and College of Engineering leadership, she made it her mission to hire a dynamic faculty — 50 percent women — who would feel a sense of ownership in building a robust program from the ground up. Her efforts paid off. In its infancy, the unit had the capacity to enroll 40 eager undergraduates — now, it accommodates up to 100 new students each fall, plus a thriving graduate program. It is rated among the top one-third of all biomedical engineering departments nationwide.

According to her colleagues, this rapid growth is partially due to Elliott’s position as president of the Biomedical Engineering Society — heading this international body of more than 7,500 distinguished members continues to bring great visibility to the program. But this growth is also due to Elliott’s on-campus leadership.

“The role of a chair isn’t just to build their own career; it’s to build the career of every person in the department,” said Emily Day, associate professor of biomedical engineering who has worked with Elliott since 2013. “So you need someone who is incredibly selfless, and that’s Dawn. She does whatever she can to get us the resources we need for success.”

Under the department’s purview is Elliott’s own laboratory, which focuses on the functionality of orthopedic soft tissues — her research is pushing the scientific community closer to understanding and addressing chronic back pain. She’s had more than 150 peer-reviewed papers published, collaborated on the creation of two patents and spearheaded several breakthroughs in the field. Among them? The development of a better method for seeing into the human spine as it functions.

“What sets my group apart is the way we combine experiments, imaging and modeling,” Elliott said. “Sometimes, people have a deep expertise in one of these areas, but when you integrate them all together you can address your problem in a more holistic way. An advantage of working at UD is access to the bioimaging and MRI centers here — these core facilities are top in the nation and very accessible to faculty. At other institutions, resources like this are often sequestered for use only by certain people.”

Throughout her academic life, Elliott has taken students under her wing, mentoring them in and out of the lab. She served on the board of The Perry Initiative, a nonprofit co-founded by UD professor Jenni Buckley that inspires young women to be leaders in the fields of orthopedic surgery and engineering. In recent years, Elliott’s received national recognition for outstanding mentorship (see: here and here). Now, she is being honored yet again, this time by the American Society of Mechanical Engineers (ASME). In June, the global association announced Elliott would receive the prestigious Robert M. Nerem Education and Mentorship Medal for being a tireless champion of students.

“She is a big reason why I decided to pursue a career in academia,” said Grace O’Connell, who nominated Elliott for the award. An associate professor of mechanical engineering at the University of California Berkeley, she studied under Elliott at her previous appointment at the University of Pennsylvania. “For her, it’s not just about the nuts and bolts of the research, but really looking at giving back to the scientific community — and reshaping the community itself. Now that I am in the academy and learning my own mentorship style, taking bits and pieces of what I’ve learned from Dawn, I’ve grown to really appreciate the emotional part that she puts into listening to her mentees.”

Elliott will be the first to tell you — and here is where that comfort with admitting missteps comes in — she wasn’t always the world’s best adviser. It took some time at the beginning of her career to realize that “not all students were just like me,” she said. “We’re not all motivated by the same things. I like to get an early start, others work best late at night; I thought everyone working toward a PhD wanted to be a professor, but there are many different career paths. Over time, I’ve learned from the unique perspective that every student brings, and I’ve changed my mentoring style.”

Talking openly about mistakes is something Elliott encourages from all her mentees. At a weekly meeting of her research team, one of the items on the agenda is to share slipups made in the previous seven days, whether that’s breaking a piece of lab equipment, failing to properly record the steps of an experiment or forgetting about an appointment (it happens even to the organized, science-minded set).

“We’ve found that this has made a huge difference,” Elliott said. “It helps everyone understand that other people make mistakes, too. Oftentimes, it’s easy to feel like you’re all alone in screwing up and you can’t do anything right. So this becomes a bonding — and a learning — opportunity.” 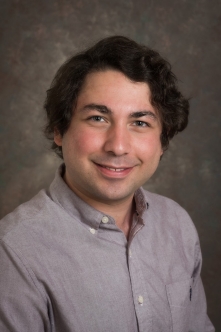 “Dawn Elliott is a leader,” said Babak Safa (pictured), who earned a doctorate in mechanical engineering from UD in 2019. “As a boss, you feel she’s in the same boat with you, pushing the envelope by your side. She’s an asset to our community and our society.”

Take Babak Safa, who completed his doctoral dissertation on tendon damage mechanics at UD in 2019. When he struggled a couple of times to get his first theoretical paper through the peer-review process, he found comfort in Elliott’s don’t-get-discouraged philosophy. She normalized rejection — and reworking — as part of the process. Eventually, the paper was published.

“Dawn models persistence, perseverance and having faith in the work that you’re doing,” said Safa, now a postdoctoral fellow at the Georgia Institute of Technology. “She taught me how to make my contribution without being easily intimidated.”

But Elliott’s guidance went beyond academics.

“I can remember in 2016 when the travel ban was signed,” Safa added. “UD has a sizable Iranian graduate student population, and we were all in a state of panic. This was devastating — to devote years of your life to science and not know if you were going to be able to continue your studies. I remember having a meltdown, and Dawn reassured me that we were in this together. She was going to do everything in her power to make sure I completed my PhD. It was the best thing that could have happened to me during those uncertain days.” 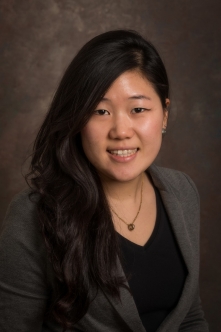 “Dawn Elliott allows students to explore what they’re interested in,” said Andrea Lee (pictured), who earned a doctorate in biomedical engineering from UD in 2018. “I know in some labs, the principal investigator is more interested in their own vision, and students may not have as much freedom. But Dawn was open to trying many different avenues. She’s the best professor-mentor a person can hope for.”

Andrea Lee, who earned a doctorate from UD in 2018, had a similar experience when Elliott served as lead researcher on her dissertation project involving tendon degeneration.

“When you’re working with someone for four years, you’re going to have personal stuff that comes up,” said Lee, an associate medical director for the VMLY&R healthcare marketing company in Manhattan. “I got into two car accidents in the span of six months, and the stress of it — dealing with lawyers and insurance — broke me in a way. She was there to talk to me and really listen. Because I was living by myself — my family is in Korea — I really appreciated having that support.”

Recently, while giving an acceptance speech for her most recent mentorship award, Elliott stepped outside the boundaries of her laboratory duties once again — addressing the ASME community via Zoom, she devoted her talk to racial inequalities in academia and the responsibility successful white academics in particular have to acknowledge, and to fix, these disparities. Naturally, she led by acknowledging mistakes she has made in the past. Among them? Being oblivious to her own white privilege for much of her life.

In the next 10 years, Elliott said she will continue using her platform to raise awareness for biases that creep into all University settings, and she will work to grow the department she founded at UD a decade ago — she’s hoping to acquire funding for a new center for musculoskeletal research. Most of all, she’s looking forward to seeing the future successes of her students, and, of course, helping them through those inevitable failures, too — inside the lab and out.

“Dawn cares about your career development, your research knowledge and your place in the field,” Safa said. “But she cares about you on a personal level, too. If she’s working with you, you’re growing in all aspects of your life. I’m a better person because of her.”