Home » When Time Is Critical

When Time Is Critical 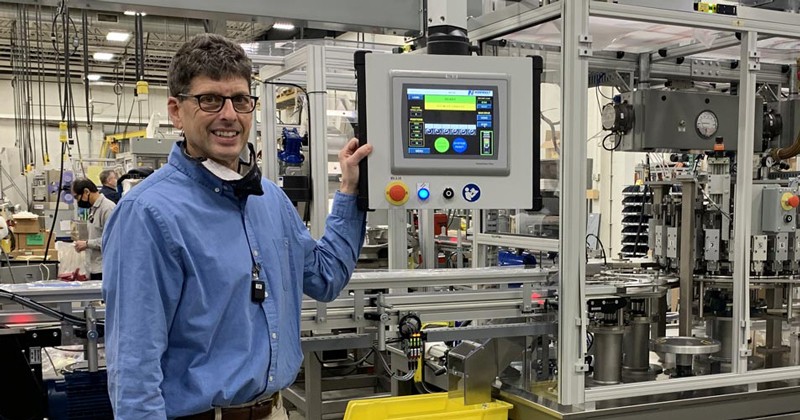 In April 2020, Mike Seitel was faced with a decision — one he needed to make quickly. In the race to tackle the spread of coronavirus (COVID-19), a company approached Seitel, CEO of Norwalt Design, Inc., about manufacturing a high-speed, high-volume automation system to assemble COVID-19 rapid test kits.

The catch: They needed to produce the system, which would normally take 40 weeks to complete, in just 12 weeks.

“We got everyone in the company together to tell them we had an opportunity to help the country,” Seitel said. “Everyone said ‘let’s do it.’ ”

Seitel graduated from the University of Delaware in 1987. Norwalt, which Seitel’s father co-founded in 1971, is a family business located in Randolph, New Jersey, that manufactures custom assembly machines with a primary focus in large-scale automation for consumer goods and medical device products. Its clients include Procter & Gamble, Unilever, Becton Dickenson, and now, Abbott Labs for the rapid test kits.

Norwalt employs less than 70 individuals — a rather small outfit to take on the momentous task of quickly developing a custom machine for one of the largest medical devices and health care companies in the world. Most employees worked six days each week to ensure they met the deadline.

“Decisions had to be made within minutes on each design,” Seitel said, showing quick sketches that served as the official designs for the team to follow. 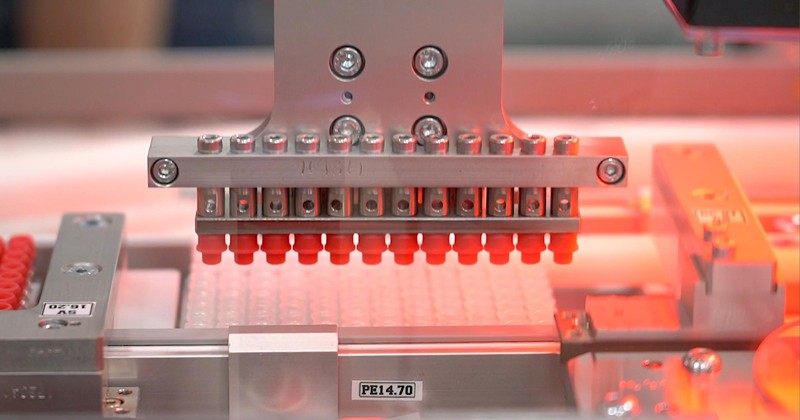 To achieve the client’s request of assembling 350 parts per minute, Norwalt deviated from the typical stop-and-start system that is common in medical production facilities and instead implemented a continuous motion system, allowing the machine to drastically increase operational speed and volume output. Norwalt applied for a patent for the design in hopes that it can be replicated to improve production speeds for the medical device industry and is currently using the same technology on automation for the vaccine.

Not to mention, as Seitel and his team pivoted their workload to focus on this new system, they also needed to pivot in their safety procedures during the pandemic.

“We had to keep people separated enough to stay safe,” Seitel said. “We did split shifts, my 83-year-old mother sewed face masks for everyone, we used our 3-D printer for face shields, and now we have tracing fobs, so everyone clips them on and if you get within 6 feet of someone it will tell you.”

With minimal hiccups in the 12-week process, Norwalt delivered the system on time for Abbott Labs. Called ID NOW, the test was promoted by the CDC and provides results in under 15 minutes via PCR technology.

Norwalt is in the process of building five more systems for other healthcare companies across the nation and working on automation for a rubber insert into vials for the COVID-19 vaccine. By the spring of 2021 the Norwalt machines in production will have capability of producing over 1.7 million test kits per day.

“The amazing part is that all of this COVID-related work is going to small- and mid-size manufacturers,” Seitel said. “We’ve flown in electricians from Ohio. We’ve partnered with other machine builders and companies. I believe this collaboration will become the new normal.”

Seitel has come a long way from his days of cleaning toilets at Norwalt as a kid. He officially joined the staff after graduating from UD in 1987, the last year the company worked out of a garage. In 2000, Seitel took over operations, changed the company’s philosophy to be more customer-focused and started building bigger machines. In 2016, Norwalt hired engineers in Taiwan to help service their Asia-based clients and in 2019, it received a University of Delaware Horn Entrepreneurship 17&43 Award for fastest growing company.

“UD has come a long way in engineering, with using lots of hands-on experience and projects instead of focusing on theoretical stuff,” said Seitel, who continues to run senior design projects at Norwalt with UD students and has supported UD and the Design Studio renovation with leadership gifts to continue expanding real-world, hands-on learning experiences for Blue Hens.

As a student, Seitel appreciated the holistic experience at the University. “I really grew as a person at UD. I learned to not only be technically savvy in engineering but also how to talk to people,” he said, noting his experiences outside of the classroom as well, such as his involvement in the fraternity Sigma Nu.